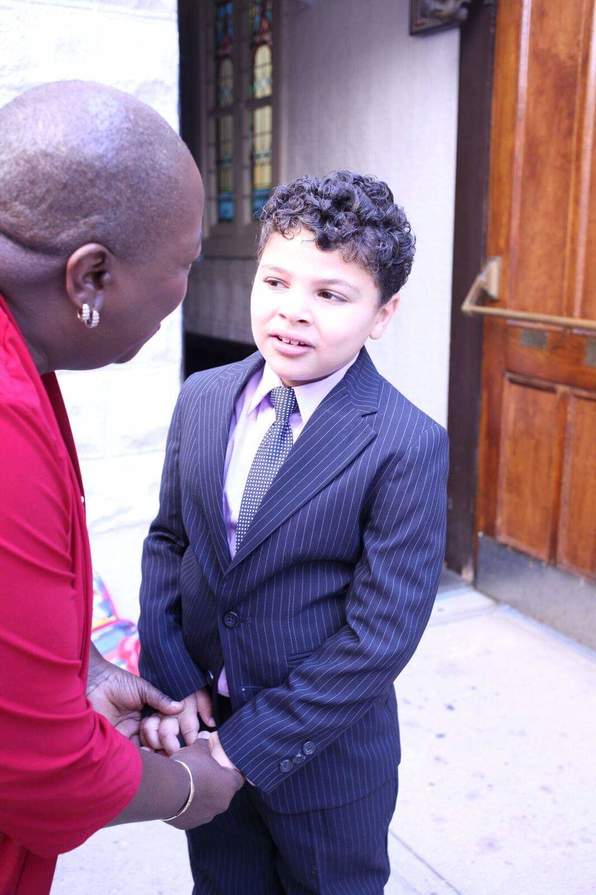 It started innocently enough. There was a lump on the side of Jordan’s neck…swollen glands, we thought. He looked a little piqued. Once day when we picked him up from the daycare, he looked as though he had been in a fight…He was all of two years old, and it looked as though he had gone 15 rounds with Mike Tyson. Rushed to the doctor, he was given antibiotics. Within three days he had gotten no better. The bruises were still there, the lump on the neck was still there, and one morning he woke up throwing up and there was blood in his vomit. This time, Jordan was rushed to the hospital and what was initially thought to be just a bad virus turned out to be a life changing diagnosis.

In the private room of the pediatric emergency area, the grim news was delivered. The doctors were certain Jordan had Leukemia. He had a huge mass on his chest compromising his breathing and the tumor on the side of his neck was as the result of the blood cancer. Jordan was rushed straight to the intensive care unit of Winthrop Hospital Pediatric Unit.

Jordan’s white blood cell count was 363,000 and the mass on his chest was compromising his breathing. The outlook was bleak. This was a Friday evening. What follows is nothing short of a miracle. Members of the faith community visited that Friday night, Sunday after church and on the following Wednesday. Fervent prayer was offered, prayer chains around the world were started for Jordan, his siblings, and for his mom, who stayed in the hospital around the clock. Wednesday, the doctors entered the room and declared that his white blood cell count was within normal range, and there was no evidence of a mass on his chest. In fact, they seemed to have forgotten that there was ever a mass, and seemed shocked when asked about the mass. There was NO EVIDENCE of a mass on his chest whatsoever. Jordan went into complete remission of the leukemia within five days of his diagnosis.

One would think that this would be the end of the saga, but it was and is not. Aggressive blood cancer, whether in remission or not requires three and one half years of aggressive chemotherapy according to the national protocols.  The first six months are crucial, sometimes requiring doctors and hospital visits daily, hospital stays for weeks and constant monitoring of body temperature, behavior, food intake and so forth. The doctors say that the “maintenance” phase gets easier.

Understand, that just two weeks prior to this cancer diagnosis, Jordan had been evaluated and determined to be on the Autism spectrum. With speech delays, behavioral issues and leukemia, there stood the challenge of a caring for a child with Autism. Today, Jordan has been declared a cancer survivor! Jordan can and does recite the scouts oath and the Lord's prayer. He makes special appearances in musical productions. He loves music, the Lion King and running..Jordan is well on his way to independence and a full life of love and joy.

The story of JasD'Jor is about facing adversities. Through the challenges, our faith has become stronger, our hope more secure and our lives richer. Jordan is surrounded by a family and community who are tremendously impacted by his diagnosis. His siblings were placed in a whirlwind with fears of losing their brother. His mom continues to face the daily challenges of caring for a child with Autism and Leukemia as a single parent; the entire community is affected by it all. But we are committed to turning tragedy into triumph as we come together to make a positive difference in the world and for the world...

JasD'Jor is established as a reminder that life is fragile and in the words of Mother Dovetta Wilson we are to
"lend a hand wherever we can."